{Introspection} His Name is Joseph

on April 28, 2014
Amidst the recent realization that my son will no longer be going to his affluent, predominately white school next year, I began to think about him and how he came to be. Today, as I took a tour at yet another school for him, the director asked me my name and then his and her look was one of surprise when I said his name was Joseph.

People often have this look of confusion when I tell them my name, then my daughter's, then lastly - my son's. After all, my name is Tanefa. It’s East African, has an authentically African feel to it and my daughter's name is Tihira, which is Arabic and is also African, but Joseph seems to be as American as apple pie. It's deceiving. Most people feel as if I have cheated them when I tell them his name. I have not.

His name is Joseph for a variety of reasons, but let me start at the beginning. He was a child that I felt unprepared for and that I planned on aborting or giving up for adoption because of that very feeling. He came to me in a dream and begged me to keep him, which is how I knew for sure he was a boy child and that he was going to be special. I also knew because his father prophesied to me when he impregnated me, "There's your boy," he stated to me nonchalantly after not using the condom I handed him and he acting like he did. Go figure.
(Lesson 1. All things work for the good of those who love The Lord and are called according to His Purpose…)

I prayed about him after I received that dream message. I told God that I would keep him, but that God would have to be his father and maybe even his mother at times because I wasn't sure (yet) that I was able. I also told God that I would give my son back to Him if He were to help me with his upbringing. I guess I knew in my heart of hearts that his father would not be there.
(Lesson 2. If you want God to listen to your prayers, invest what you want from Him, in Him.)

I will say this, his father was there when he was supposed to be. At birth, to sign the certificate and then the first six weeks of his life when I needed the most support as a transplant with no family to speak of or truly rely on.  Shortly afterwards, it was time for me to trust God. I say that because shortly after his first birthday and my having two surgeries where my mother was there for me, she died. Leaving me in a tail spin as she was planning to come and live with me and start a daycare business in the home we were going to purchase together. So much for the best made plans.
(Lesson 3. God will never give me more than I can bear and He will always provide a way for me to escape when things are about to overwhelm me.)

Well, back to this boy of mine and his name. I made God a promise connecting Him to the outcome of my son's life, therefore obligating Him to make sure that my son lives and lives blessed. His name is Joseph Rahsaan Langston Purcell. His father wanted to name him Rahsaan Joseph Langston Purcell, but at the last minute in the hospital bed, as the nurse handed me the paperwork, the spirit said, "Make his first name Joseph." I didn't understand why at the time and I didn't want to anger his father. I changed it anyway.
(Lesson 4. Listen to the small still voice. The God within you KNOWS what it's talking about…)

When I got home, I reflected on why this was important to the Holy Spirit. I knew that my grandfather's name was Joseph and that my favorite Uncle Yusuf's name meant Joseph as well, which was part of why Joseph was included. I knew loved that Joseph meant: ‘God will increase.’ I also knew that as a young Black man in America, I didn't want to add to the stumbling blocks for him being employed by having an ethnic name. I know, it seems silly in this day and age but I know better. Then, I went to my bible and re-read the story of Joseph as well and I began to understand the prompting. When I went to read up on the historical Joseph or Imhotep, I truly began to feel like God's hand was on my son's life.
(Lesson 5. Emmanuel - God is with us.)

Imhotep or the biblical Joseph is so many other things. He was one of his father's youngest sons, we learn in the bible story as is my Joseph. But the adult Joseph was an architect who built the first pyramid, a wise sage, doctor, astrologer, and the highest adviser to the pharaoh! He devised a plan to feed all of Egypt during a famine and blessed his family greatly despite their rejection of him. I see all of these in my son at 7 years old. He has been told he will be a great leader among men. He has been called a politician because of the gregarious manner in which he moves about the world. He is an avid student of the stars and space even now and loves to build ships and buildings. He is also fascinated by the human body and has memorized the number of bones, muscles and their placement already. He is wise for his years with an understanding of things that surpasses his age.

I will do anything to protect his genius.

Let me end by saying don’t feel cheated when I tell you my son’s name is Joseph. He is Imhotep, Yusuf and yes also little Joe-Joe at times and all of these names point to the meaning, ‘God will increase’.

Many people don't know that I was trained by Lloyd Strayhorn, a notable numerologist almost 10 years ago and am able to create Numerological charts, forecasts etc. Probably, because I don't talk about it much. Lately, I haven't been using them even for my own life because I decided to just trust God and follow the promptings of the Holy Spirt in my life and not rely on my numbers or astrology to guide me.

However, when I decided to go to the Heal a Woman Heal a Nation conference this year the fact that it started on my mother's birthday, April 11th, was one of the reasons I was determined to go. Then when I found out that it was their 11th year anniversary, it made it even more appealing to me! At the conference one of the speakers stated that their daughter died on the same day April 11. That's three 11s  all converged on one day in one space. No wonder the spirit of God was with us there!

11 is a Master Number in the Pythagorean Numerological system, of which th… 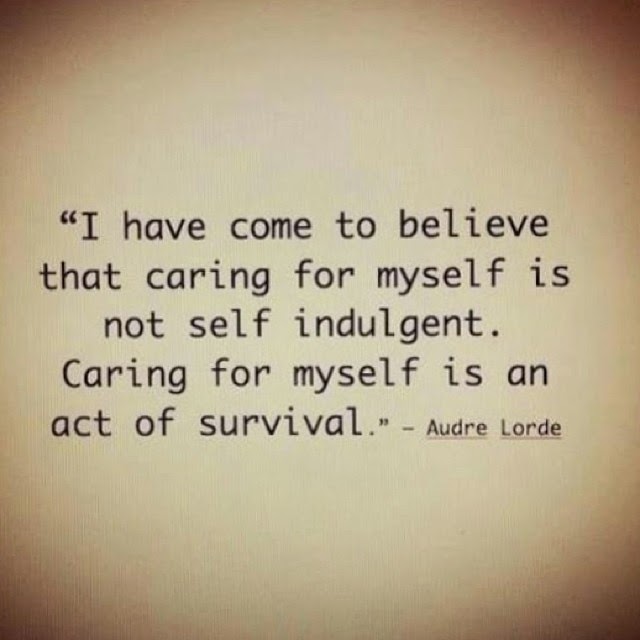 {After Party Questions} Self Care is Selfish?

I had a Spring Brunch for some of my women-folk. So many of us dedicate countless hours to cleaning our homes daily but in the spring, we take cleaning to a whole new level! We ate and drank and I guided the women on a journey of clearing out the clutter in their lives for Spring by discussing what we usually do during the Lenten season, setting some fresh intentions and coming up with a plan. Yes, the plan had due dates and everyone left with an accountability partner as well. (I dos this man! lol)

The thing we focused on was that we enter our brand new smelling, spanking clean home with the same, tired old us. We don't spruce up much aside from our wardrobe and although that counts, it does little to add a little sunshine to our day to day internal lives.

In the midst of the conversing about our day to day lives, one of the women said that she felt it was selfish to take care of herself first and foremost. Almost all of the women were flabbergasted! We m…

I was gone for a minute... Well, almost exactly two years to be exact. And although I wish I could say it was all fun and games and non-stop partying.

Let me run down the gist of it all...
Been sick...  LUPUS is no joke.I also wrote a new book - The Lies You Tell but more about that in a separate post...And as a result of the Lupus (meds and all) my hair has been really dry and tangly - just awful. And to be honest y'all I wasn't feeling talking about hair. AT ALL!It didn't help that I colored it a pretty auburn color out of a box and then didn't deep condition it as I should have... welp.

I was tired y'all. Anemia was rampant... Energy levels in the toilet. I wound up cutting off all of that colored hair, but what was good was that I still have hair! The bald spots subsided with a little help from Mane Choice Vitamin regimen, if you don't…