on October 26, 2013
Lately, date night movies have had me bawling like a baby whose lollipop dropped in the dirt. 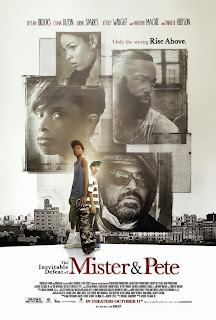 This movie brought home to me the plight of many of my students who arrive at school dirty, hungry and obviously uncared for at home. The way Jennifer looked alone almost brought me to tears. My S.O. was in shock at how gritty she appeared! Between the tats and the bad hair, not to mention the saggy dimpled skin, I was in shock myself! She should get an Oscar just based on her ability to play that heroin addicted prostitute with such fidelity, that I actually saw my students' strung out mothers on the screen. Their perseverance in the face of their dreams being crushed under the weight of the poverty and depression of their parents' as well as their community's failure to not only support, but love them was more than I could stand. It was almost too real.

When we left the theatre, my S.O. kept saying, "What happened to Pete? I really can't believe that they left me hanging on Pete! How could they leave Pete there by himself?" He was almost distraught over the fact that Pete was left in the institution with little or no way to protect himself. It made me think about how many of other Petes there are in the world, all of the Petes I've passed in the hallways of the schools I have taught and counseled in…

He said he needs more Hollywood in his movies.

It was just too real.

And where the heck was the happy ending? 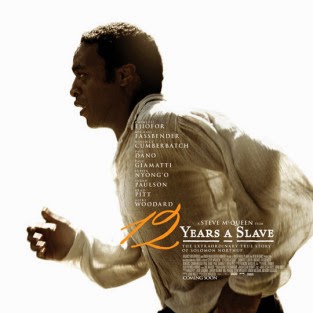 The use of the English language alone had me in love with this film, add in the lushness of the wardrobe, the setting in Saratoga, NY and New Orleans, and the fullness of our Blackness in excellence displayed on the screen - and the film was engrossing to say the least. This being an actual true story made this hit home for me in ways I didn't realize until it became apparent at the end with the credits. (I didn't research it too much - didn't want to over think my decision to go and see it.) It would have been easier on my psyche if the story were a fictional figment of someone's imagination, but it was not.

This really happened to a man named Solomon Northrop; he was kidnapped and forced into slavery for 12 years under name of a slave called Platt, after being a Freeman all of his life. The evil that men do. I am not going to say much more on this film except that the character's depiction of these events were reminiscent of Black people's behavior now in ways that astounded me. When the plantation refused to hold its breath with Solomon as he hung there in their midst, obviously about to die with one false move, it showed me how we will watch one another fail with baited breath, but not reach out a hand to help. How we will walk past another Black person in obvious distress and act as if we do not see their pain, problems or acknowledge their humanity. This is what slavery stole from us. Our ability to see our own humanity or recognize it in those whom we reflect.

I bawled like a baby at least two and a half times. SMH. At the end of the movie, after we sat there staring at the screen in utter despair, stupefied at the fact that this was an actual event.

I asked my S.O. if I embarrassed him with my sobbing and he said, "You were crying for the both of us."

He was still processing it today and I am still mourning with Eliza and for Patsy.