For my Big Chop photos see this post - Hair Be Gone!

I BC'd in August of 2007, about 8 months after my son's birth. I was going through some things and it seemed like my hair was going through them with me! It had broken off all around the perimeter and I was left with a fro about an inch and a half into my hairline all around. 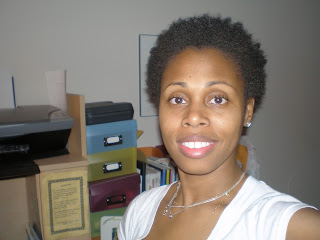 It was fully natural, my hairline had regrown and I had almost survived my first whole winter as a Naturalista! I remember it being extremely easy to maintain my TWA at that time.... Primarily, I did wash n' goes (even though there was no online community around at that time to tell me that's what it was!)

By March, the wash and go thing had worn a little thin, so I got some box braids in my hair. We call them Box Braids in NY but many people in other states call them Micros or Micro mini's. My little sister, Z, who is a natural hairstylist and hair braider installed these for me: 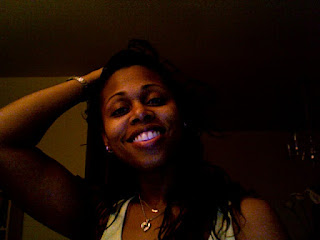 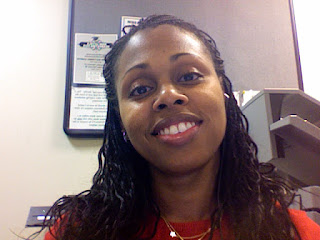 This is how my hair looked in May that year, after I took out the box braids:


This is where it gets a little fuzzy.... I cut and relaxed my hair sometime after this and I am not even sure why in retrospect. I believe it had to do with my not wanting to pay the prices for getting my hair done professionally as a Naturalista!

I was so used to being able to do my own hair as a relaxed woman, for me to have to pay those kinds of prices for a professional (?? yeah they aren't always professional or licensed..O_o) I realize now that it was just getting increasingly difficult to maintain my hair and styling was difficult without professional (read expensive) assistance so I relaxed and cut my hair again: 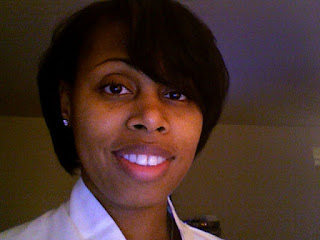 In looking at these pics I am noticing that my hair growth is pretty consistent and I retained length during this time pretty well, even when I was relaxed!

By May 2009, my relaxed hair was shoulder length again.

And that's when the weaves started... I started to wear weaves to give my hair a break and because I wanted to go back to natural, I just wasn't sure of how or when. I was only getting my hair relaxed every 4 months and it wasn't getting relaxed bone straight anymore...

Bring on the WEAVES! LOLOL!
I was in and out of a weave the summer of 2009.
By 2010, I wanted to go natural again... But I was addicted to the creamy crack! I got two relaxers in 2010 and decided that it would be my last, then kept my hair in weaves for most of that year. 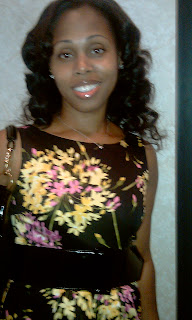 By the end of 2010, I'd had one relaxer in April and one in September. That was my last relaxer.

September 2010 started my Transition Journey.  I will post that journey in pics next!